This post is part of the ArchiTalks series where a group of us (architects who also blog) all post on the same day and promote each other’s blogs. The Topic ‘Leader’ for this post ‘Homecoming’ is Bob Borson.

Firstly, it’s a sign of knowing yourself well that you know when to withdraw from a project and I’m sad to hear that Bob Borson has decided to not participate in the incredible project that he set up, that is Architalks – the door should be left open, at any stage…

Where do we come from?

Possibly the most important questions of them all. And ones that I have mulled over probably more than most.

He was evacuated to Cornwall, UK – So I’m Cornish?

Where he met my mother (also Cornish), moved to London and then had me – So I’m a Londoner?

And then the son (me) met his wife) and moved to Ireland and there will be a point in the future where I will have lived longer in Ireland then I will have lived in the UK. I’m entitled to an Irish passport but will I ever be Irish?

But what on earth has this to do with Homecoming?

My theory is that you can’t escape your background for where you end up. It’s inevitable.

My background was spending every holiday I could in Cornwall. This included every Summer, Winter and Easter for year after year. I grew up around properties very similar to the one below:

The work that I am now doing in Ireland concentrates on residential projects; a lot of which are traditional cottage restorations similar to the before & after photos below:

There are many similarities between the landscape and the vernacular architecture of Cornwall and Ireland (indeed all of the Celtic nations had a similar need to build simple houses using the materials that were close at hand i.e. stone and wood. 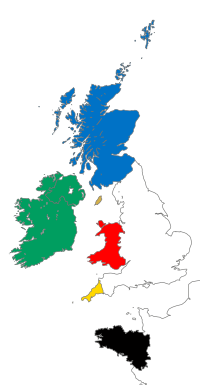 A map of the Celtic nations – image from Wikipedia

The map opposite shows the six territories widely considered Celtic nations – what’s interesting is that my family has effectively moved from south to north, from the Channel Islands near Brittany, to Cornwall and now to Ireland (barring the odd holiday – we skipped Wales).

But how do I feel now? I do feel as if I have come home. I have been made welcome in a different country and have built a life and business in a different Celtic Country to where my ancestors originally started. I have made my Homecoming.

To read how the other ‘blogging architects’ have interpreted this theme click the links below – I’ve posted mine early due to time differences and I’ll update this list as they come on line:

Nisha Kandiah – ArchiDragon (@ArchiDragon)
Just give me a reason : Homecoming

Jim Mehaffey – Yeoman Architect (@jamesmehaffey)
Is It a Homecoming If You Never Left?

Jane Vorbrodt – Kuno Architecture (@janevorbrodt)
Looking Back Through the Pages